For the upcoming release of BREAKING DOWN, Jade was interviewed by Matt Horn about the film and future projects.
Have a read here. 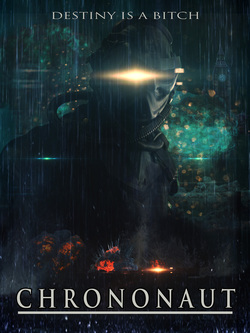 Jade is excited to have 3 feature films due to be released in cinemas later this year.
BREAKING DOWN a US horror film where Jade play's Lucinda the best friend who witnesses a gruesome event.
In DEATH MACHINE (alt title CHRONONAUT) , Jade plays Senia, a seductive saboteur intent on changing the destiny of the human race, directed by Neil Johnson (ALIEN ARMAGEDDON).
Finally  in SPARKS & EMBERS with Kris Marshall, Jade plays a party goer who...interrupts Kris on a night out. 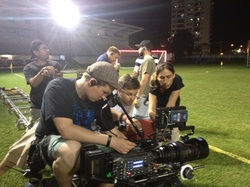 Jade has just returned from filming an exciting commercial for the latest ADIDAS campaign. Jade produced the entire project from concept to completion with DHP Studios, VisionNine & We Are Social. Jade and the crew flew out to Rio to film on a large football stadium, with custom made lights, beautiful weather and top young players from around the world. Then Jade supervised all the VFX and post work in-house and delivered the commercial right on time!Currently has 500k views on Youtube
Read more about it here
Watch it here: http://youtu.be/mF9aRsOLvZY 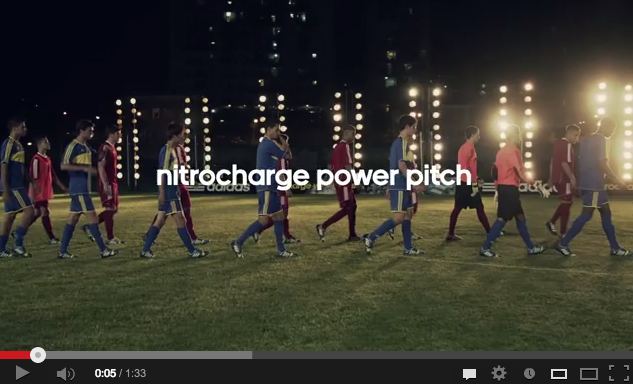 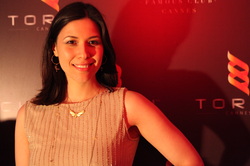 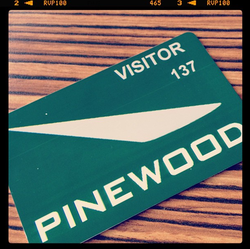 Jade is currently filming a US commercial in Manchester for a household brand which will be released in July 2013.

Ingenious Britain commercial is now live on television broadcast across the UK.
Jade's voice can be heard on the commercial.
Click on the picture to listen. 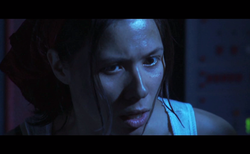 Jade recently had the pleasure of working with Gill Wilkinson (Hollyoaks, The Bill) & Michael Ferguson (Doctor Who, The Bill) on screen courses at the Actors Centre. 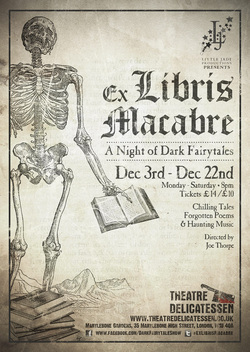 This immersive theatre experience builds a world of storytelling and performance. Step through an ancient library of stories and poems . A small cast of actors bring to life tales of ancient curses, fateful card games, ghostly spirits, and blood-red roses, where everything is not quite as it seems, and there are hidden depths all around you. 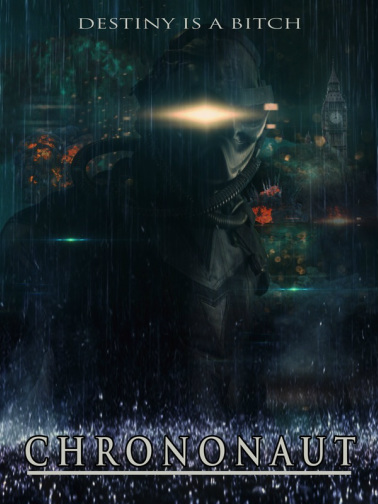 Jade was interviewed by London Calling about her role as producer on feature film Death.
Read it here:
http://londoncalling.com/features/interview-with-jade-alexander-producer-of-new-film-death 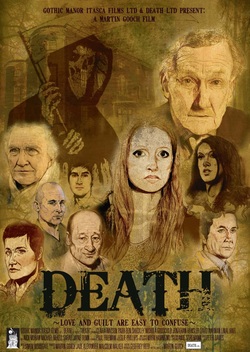 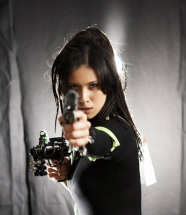 Its a wrap on Opaque 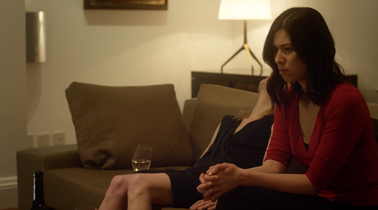 Jade just wrapped on her first project of 2012 a medical reenactment for the NHS.

'It was exciting to be working down at the new Wimbledon studios - ex home of The Bill' she said.

Jade is now working with Mark Rahaman training for an upcoming *hush hush* film project. Mark is a personal trainer, strength and conditioning coach. He has worked with many clients including professional boxers, high profile actors and producers. See his work on http://www.markrfitness.com/

Jade is very excited to be be performing in the new feature film, Sparks & Embers alongside Kris Marshall. Produced by Ben Craig of Cinemagine and Directed by Gavin Boyter 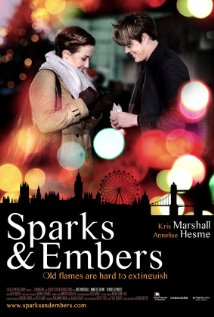 Jade was invited to take part in an experimental short film shot by the London Film Academy.

Jade has just wrapped filming the video Dead Belgians for Sky Creative, playing Jane the lead reporter in the newsroom.

Jade was recently part of the producer's panel at London Screenwriters Festival speed pitching. Jade met some exciting new writers and also caught up with director Martin Gooch who co-produced Death with her.
'A fantastic experience!'

Look out for Jade in the latest O2 commercial! It is currently airing on UK TV. See it here. 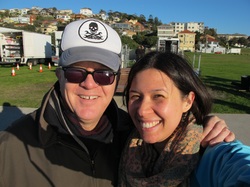 Jade has just flown back from shooting a 3D film in Sydney for a prominent sydney attraction. Jade worked as Assistant Producer on the shoot for Centre Screen Productions. The same company who brought you the London Eye 4D Experience film.
It was a fantastic shoot and Jade got to work closely with director Kimble Rendall (Bait 3D, also The Matrix, Ghost Rider, I Robot, Underworld: Rise of the Lycans) and renown DOP Ross Emery (Dark City, Superman Returns, Valkyrie). 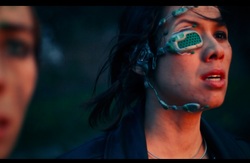 Jade participated in the Sci Fi Film London 48 Hour Film Challenge 2011, acting in the film Mind Control, you can see it here.

Jade has just finished shooting a guest role on the webseries 'Le Frog' which will be released online very soon.....watch this space!

Platinum Chisel to screen at festivals 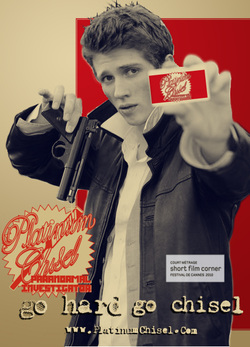 Platinum Chisel has been selected to screen at the Queens World Film Festival on the 4th of March in New York and has just finished screening at the Love Your Shorts Festival in Sanford Florida.

Spring Rolls has been released!

The short film Jade performed in last year has been released on Open Film click here to watch.
SPRING ROLLS 2010, 15 minutes
Hell hath no fury... a darkly comic neo-noir about love, life and death in modern day Chinatown.
A highly stylised, dark and edgy short (c. 15mins) inspired by film noir. A quiet Chinese woman who owns a restaurant, seeks respite from her best friend when she discovers her husband is unfaithful...Is he seeing the new waitress? Revenge is sweet. IMDB: www.imdb.com/title/tt1766107/ Directors: Arin Leviti & Shrikant Shelar DoP: Merlyn Haycraft
The film is entirely in Mandarin with English subtitles.

Have a look at our sites:
www.deaththefilm.weebly.com

Jade has just finished shooting a US feature horror film, currently untitled. It has been sold to Aspect Films and is due for theatrical release in mid 2011. 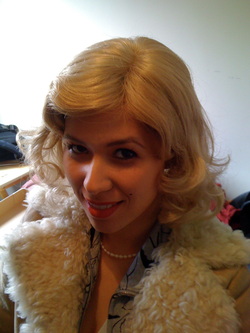 Earlier this year Jade starred in Spring Rolls.  has been reviewed with a mention of Jade's performance. Click here.

Jade was interviewed by the IViewMe Team. Have a look!

Rock and a Hard Place

Jade has been cast in the lead role of Andrea, an engineer in Rock and a Hard Place a short sci-fi film by graduating students of Central Film School.
Shooting to begin this week....

Jade is back from Cannes and working on the next Little Jade Production, which is Unify a collaborative project with Jane Alexandra Foster, see the website.
A 3min short set in a post-apocolyptic world, when war is over, what hope is left for mankind?


We are currently raising finances for the film, please see here.

I will be attending the Cannes Film Festival this year, production interning with ICM (International Creative Management), under the guidance of David Gonzales. I will be working in the Producer intern stream.
I will also be representing my short film Platinum Chisel , (number: 5500) which will be screening at the Short Film Corner at Cannes Film Festival.
Any press or distribution enquires please contact me
jade@jade-alexander.com

Sunday 18th of April was the premiere of my first uk feature entitled The Missing Day (original title "The Night the Creatures Came Alive")
was made as part of the 28 days film making contest.
The premiere was held at Clapham Picture House and was lots of fun.
The film is in talks with distributors already!
Have a look at the trailer. 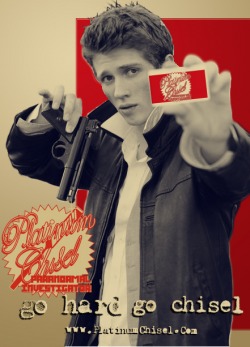 Yes! Thats right! Platinum Chisel has been officially accepted by the Short Film Corner at Cannes Film Festival to be screened in 2010!

If you happen to be going to Cannes check out our quirky first short film for Little Jade Productions.

A quirky teenage boy who sets up a paranormal detective agency, but whilst on his first case quickly becomes entangled in a quest for love and the holy grail!


" As I always say, if you want a deep love, dig hard. If you want a hard love, Chisel".
Platinum Chisel. P.I.

Its been a busy few months!
I just finished filming the short feature 'Spring Rolls', in which I played Michelle a lonely chinese woman looking for love. It is a film about food fidelity and revenge. Shot in London,  in Mandarin with English subtitles.

I also appeared in 'The Night the Creatures Came Alive', a feature film shot in 24 days that competed in the 24 Days Later film competition. Previewing on April 18th!

I have been selected with 30 others from around the world to participate in this internship programme that will consist of workshops, film screenings, parties and exclusive networking opportunities with highly respectable film industry professionals.
Its called Creative Minds in Cannes have a look at the website. 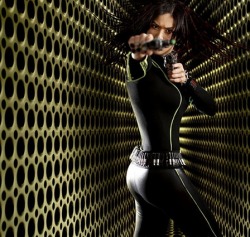 2009 I did a sci-fi stills shoot for an upcoming feature currently in pre-production. Have a look at the photos here.

I have just relocated to the UK after a fantastic tour with Sadako and the 1000 Paper Cranes. (See Publicity) I will be based here for the next few years and also visiting Sydney every now and again.
Living right next to Ealing Studios, Im looking at producing more films as well as acting. Very exciting times right now! 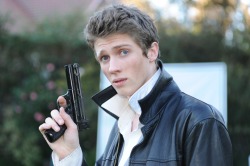 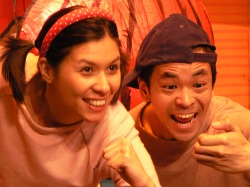 It's official! I am playing Sadako in the show, Sadako and the 1000 Paper Cranes with Canute Productions.
We will be touring around with this show, Sydney, NSW, Brisbane, QLD, and VIC. The east coast of australia with Arts on Tour.
It's based on the story of 12 year old Sadako Sasaki who lived in Hiroshima and was a victim of leukemia because of the radiation from the atom bomb. She believes that if she folds 1000 paper cranes she will be granted a wish.
We will be touring this show around NSW, QLD and VIC from June till the end of September.
For more info please see Publicity. 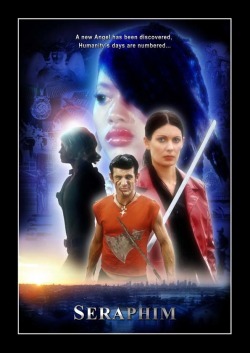 In January 2009 I worked as Production Co-ordinator and Actor on the feature film reel Seraphim. Directed by Damian Simkowicz and produced by Matt Carter of Enchanter Productions.
It had its first screening at the Dendy Opera Quays on 24th April 2009.
It will be going to Cannes Film Festival and American Film Market 2009.
Click here to see a short clip.

Film I did in 2008, playing Jess, lead character is having its opening screening!

It is screening as part of the Queer Film Festival on 28th Feb at 2pm Academy Twin Cinema, Oxford Street Paddington.

Good evening,
Welcome to the new production of shadowmuse.   Four actors give you stories from speculative fiction, all of them written by Australians.  Accompanied by the live sounds of the viola, we gift you with an evening of raw, gripping tales.

Bookings MCA-Tix.com.au or Tickets available at the door.

Working on a new show as Musical Director! Its a couple of short speculative fiction stories written by up and coming Australian writers.

Its a great show, and very experimental, crossing that boundary between acting and storytelling. The oldest form of entertainment, we hope to enlighten, engross and excite!

My showreel is up! Have a look!

Cabaret Photos are up!

Finally photos are here! Click on the above to see them!

A DVD is also being created for those who missed the show. It will be available soon, please email me.

Cabaret for Cancer Fundraiser on June 11th and 12th at Bar Me, was a resounding success!

We raised $1600 for The Cancer Council, which will go towards supporting patients and families. A big thank you to everyone who attended and gave so generously, it was a couple of fantastic nights!

The Birds - my first short film co-produced with Shane K of Dystopia6 Productions is in editing stage and looking good I hear. We plan to enter it into film festivals in Sydney and overseas.
See here for more info.

Originally under the name Midori Dreams, Little Jade Productions is committed to producing films that inspire and excite. Please take a look at what we're up to!
Powered by